In an interview with Andres Tardio, Damian Marley explains that his main goal for his music is to inspire others to be the best version of themselves. He encourages his brethren to stay motivated and use the hunger as a drive. Even though he grew up in Stony Hill, a well-off neighborhood in Jamaica, Marley continues to be the voice of the underprivileged.

Marley aims to show everyone, but especially the youth, that they are the next owners, defenders, and protectors of our world. He also discusses learning about rap as a kid. His cousins in America introduced him to Slick Rick, Biz Markie, and N.W.A. By the time he got his first album—Mama Said Knock You Out by LL Cool J—it was all over. His love of the genre eventually led him to a collaboration with Nas, and now Jay-Z. Featured on Jay-Z’s track, “BAM,” Marley discloses that the collab happened organically. Jay-Z was a huge fan of his after “Welcome to JamRock”, and Marley respected Jay-Z as a member of the industry. 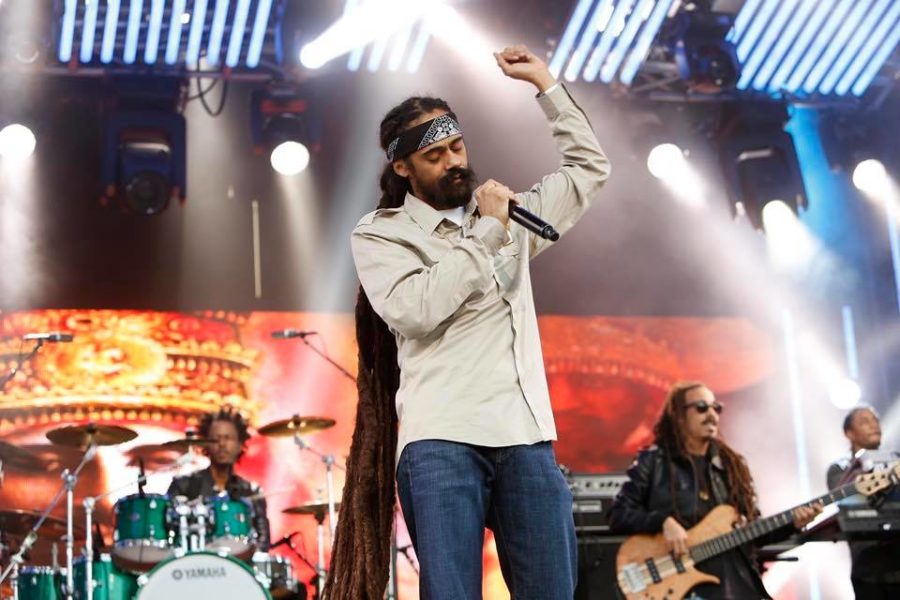 Stony Hill also includes allusion to police brutality and unjust incarceration of  marijuana dealers. Marley says he was especially inspired by the unnecessary violence in America.

"So basically, innocent civilians being killed by police is what really inspired that song [Slave Mill] in general. Then, of course, the topics starts to branch off from there. Speaking about the “Slave Mill” is much wider, so I started talking about the 9-5, about the work environment, and other things, but the original inspiration was about the police killings that have been happening up here.”

Be sure to check out Marley’s album, Stony Hill, out now.

Click here to read the full interview on Rap-Up.